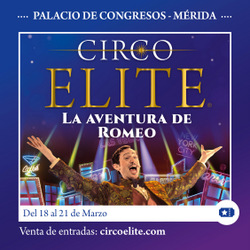 Geographically Extremadura is a midland region; it has no direct access to the seashore in the Iberian Peninsula. However, it is a very refreshing interior destination with up to 53 authorized bathing areas. These are comprised of all kinds of natural inland beaches such as natural pools, riverbanks and beaches on the shores of reservoirs. This is a touristic offer that disqualifies pre-existing images that some still have of a dry Extremadura and surprises anyone that chooses to travel a to paradise- like region in Spain.

The good news is that the 1500 square kilometers of inland beaches surprise visitors that have a chance to enjoy them because they are a unique place in the world. Some are in protected areas or symbolic places like “Los Pilones”, probably the most photographed of all the beaches. It is also an ideal place to visit with children. And others are simply beaches in the middle of nature, which makes them very special.

Extremadura reservoirs and beaches for bathing

The Tourism Office of Extremadura depicts 53 beaches authorized for bathing during the 2017 season. Located for the most part in the regions of the North of Extremadura. The Directorate General of Tourism for the Government of Extremadura highlights the following areas:  “La Vera”, the “Vallle del Jerte”, the “Ambroz” river, the “Sierra de Gata”, “Hurdes”, the “Alagón” river, Plasencia and Ibores. Beaches at river in Extremadura and natural pools Extremadura of Extremadura.

In the Province of Badajoz the bathing areas are generally located around the reservoirs. A good example is the beach of “Orellana” (Playa de Orellana). This is a classic among the Spanish beaches of fresh water. Now, for eight consecutive years it has earned a “Blue Flag”, which is a certification by the Foundation for Environmental Education ( FEE) “that a beach, marina or sustainable boating tourism operator meets its stringent standards”.

Other important beaches are “Garcia Sola”, “La Serena” and “Proserpina” in Mérida. A total of fourteen bathing zones in the Province of Badajoz and the rest are in Cáceres, with their natural swimming pools and gorges.

There are more than 50 bathing areas to choose from in Extremadura, with a great variety of benefits to the public. As different one from the other, as the artificial beach of Orellana with luxurious services and also an ideal place for water sports to the fantastic natural pools as described in our choice of ten natural swimming pools in the North of Extremadura. Also, to be considered are paradise-like ponds, which are more or less, easily accessible, next to cascades and waterfalls that are described in Top Ten waterfalls at the Nort of Extremadura,

Summer lends itself to absorb Extremadura, as suggested by the official slogan, but not only during these months because the campaign of the Directorate General of Tourism for the Government of Extremadura also has a leverage in thermal tourism with seven spas. Some exhibit traces of Roman archeological remains, such as “Alange” and “Baños de Montemayor”. River Tourism, including River boats on the Tagus (Tajo), “Guadiana” and “Alagón”, and active tourism to practice water sports such as sailing, canoeing, diving, fishing, canyoning all lengthen the aquatic season in Extremadura.