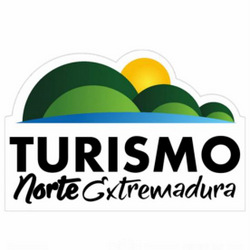 An extraordinary date to keep in mind for all tourism professionals world –wide is Extremadura Gourmet, where gastronomy is used as a touristic product. Innovation, diversification and design of new touristic products centered on gastronomy are the objectives of this gathering held in Extremadura, every year.  Extremadura is an extensive region in Spain, which is just west of Madrid and close to bordering Portugal.  Extremadura Gourmet really, consists of a number of events directed to professionals, which are included in the autumn activities of the region and is called Extremadura Sabe  (The Taste of Extremadura).   The General Tourist Office (Dirección General de Turismo) of the Junta de Extremadura is responsible for the organization of these gatherings.  They aim to generate interest and knowledge around key touristic destinations and touristic products centered on gastronomy.  The regional administration has a fundamental commitment for this activity in order to develop the industry and convert Extremadura in a first class touristic destination.

The professional conferences of Extremadura Gourmet will present “successful models” based on innovation and diversification, being developed in the region and also, outside at other places. They are aimed to serve as a reference for entrepreneurs and agents from all over interested in developing tourism in Extremadura. They are specifically addressed to professional chefs, hoteliers and promoters. The conferences will be held from the 25th of October to the 29th of November at different locations.

Every Tuesday, between the mentioned dates, we will celebrate a number of intensive working sessions, always focused on a single product. Every working session will basically have the same structure: the start is the contextualization of the “raw material” and its possibility of converting into a model for touristic development. The sessions will continue by addressing the positive experiences related to this product, which are already operational. The event will end with a gastronomical activity and a visit to a production center, a distribution center or an exhibition. All this happens from 10.30 in the morning until 17.00 hours in the afternoon.

There will be in attendance more than a hundred professional chefs, managers of commercial establishments and tourist promoters.  They will share experiences and knowledge at Extremadura Gourmet.  The “Direccion General de Turismo” (General Office of Tourism) of the region of Extremadura has converted these events into an important tool, to serve people interested in developing touristic products that are attractive to travelers.

Professors from the University of Extremadura and special guest speakers from other institutions will act as instructors. Many members of the Extremadura Gastronomy Brotherhood will share experiences as well as leaders from many institutions and private companies.

Extremadura Gourmet starts with Olive Oil as the star on October 25 at the Hospedería Conventual Sierra de Gata located in San Martin de Trevejo. The Olive Oil Tourism will be the central subject of this first session. Professors from the University of Extremadura and Jaen will be in charge of the instruction. There will be Olive Oil tasting and a visit to an oil mill.

Cherries and paprika at La Vera

The second event of Extremadura Gourmet is the only one dedicated to two different products. Cherries and Spanish paprika are the stars. The paprika from this region has an Appellation of Origin named “red gold”.

The Parador de Jarandilla at La Vera has been chosen to host visitors to talk about the “Cerecera” of the Jerte Valley (Cherry Blossom Festival). This is a model of touristic promotion that relates agriculture and gastronomy.   “Fogones Imperiales” (Imperial Stoves), another project not yet launched but in the works, intends to recreate a gastronomical route that was travelled by Emperor Charles V in Spain.

A technical stop at the “Museo del Pimentón” (Spanish Paprika Museum) and a drying facility for paprika will close the event of the 8th of November.

At Extremadura Gourmet, Spanish Ham is a must. And the third event of this year is dedicated to this extremely important product for Spanish gastronomy. The meeting will be on November 15th at the Hacienda Arroyo La Plata in Jerez de los Caballeros, the place that hosts the Salón del Jamón Iberico (Hall of Iberian Ham) every year on the month of May.  We will talk about the health related properties found in ham. Also, an exhibit of the culinary possibilities of raw ham, cooked ham and cured ham.  In addition a visit to a curing facility of Iberian Ham is planned.

The Museo del Vino (Wine Museum) of Almendralejo is the destination of Extremadura Gourmet on the 22nd of November, this year.  On this occasion we will cover the “ways of the wine” as a touristic model. We will also talk about the Baetica Project, which links the wine consumed during Roman Empire times to the wine produced in Hispania at Extremadura in those days. This route will be of touristic interest.  There will be a historic recreation of this industry from Antiquity; also, a visit to wineries of Pago de las Encomiendas that generated the product for the payment of taxes related to land trusts, at Villafranca de Barros.

The Gourmet Extremadura professional conferences end on November 29th at the Hotel Palacio Carvajal Giron Plasencia with Manuel Salgado from Extremadura. He was the Spanish representative at the prestigious international competition Bocuse d´Or, which last May was held in Budapest.  He is an exceptional master that will teach the preparation of gourmet tapas with artisan bread.  This will constitute a unique experience for all those attending the conference. He will also explain why bread is considered to be the first “Tapa”.