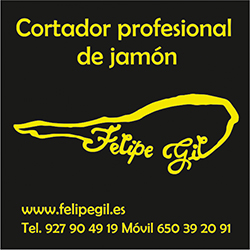 High up in the mountains, of the “Valle del Jerte” or the valley of river Jerte, there is a village called Piornal. This is the highest village in Extremadura, a region in Spain, which is to the west of Madrid and borders with neighboring Portugal.  Every year, the people of Piornal celebrate the traditional festival of Jarramplas, which has many followers both from the local population of Extremadura and visitors form all over. This is based on a very old tradition, where people throw abundant amounts of turnips at close range, on a person dressed up as Jarramplas, who is said to have been a rustler. The person who represents Jarramplas is dressed up in an armor that has been decorated with colorful ribbons and receives his punishment, every year, on the celebration of Saint Sebastian.

Jarramplas walks the street of Piornal, specifically on two dates, the 19th and 20th of January. His face is covered with a conical mask with two protruding horns and a very defined nose. He is sounding a drum and the colorful ribbons accompany his movements. Sometimes he runs and others he goes near the public, who mercilessly bombard him with turnips, which are sometime very large.

The origin of this festivity is very old and to represent Jarramplas constitutes a great honor for the people of Piornal.  The position is rotated every year, and some people have been signed-up from the time they were children.

The celebration of Jarramplas premiered as a Festival of Touristic Interest in January of 2015, which makes it the second with such a title at the “Valle del Jerte”, after the celebrations of the Cherry Blossoms. Other celebrations in this region are the Carnivals of Badajoz and the Holly Week of Caceres, Badajoz, Merida and Jerez de los Caballeros.

The village of Piornal inaugurated a statue of Jarramplas the same year the festivity was declared of National Touristic Interest.  It is a big monument in honor of the most emblematic character of the town.  Piornal is known for their traditional music, the beautifully decorated fronts of the houses and huge snowfalls. Also, the privileged surrounding and exquisite cuisine makes it a great place to visit.